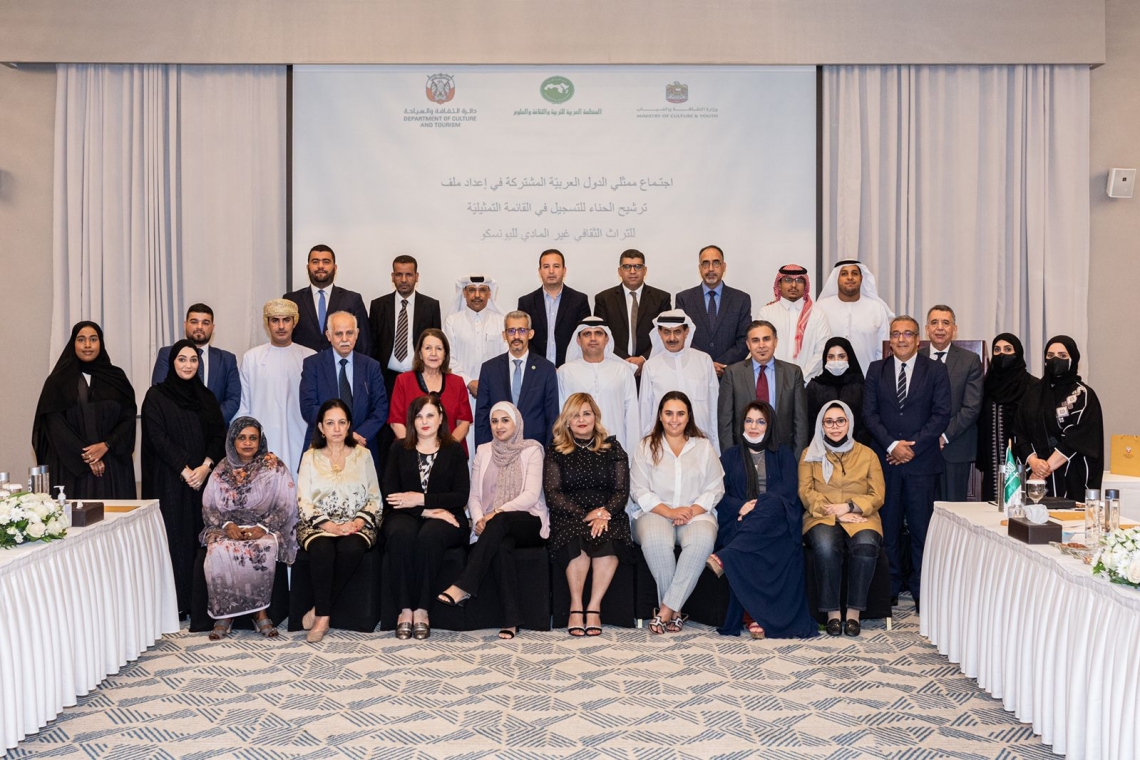 The regional coordination meetings of Arab cultural heritage experts and the representatives of countries participating in preparing the joint Arab file “Henna”, to be submitted for inscription in UNESCO’s Representative List of the Intangible Cultural Heritage of Humanity, were concluded on September 8, 2022.

The last day of the meetings was devoted to finalizing the inscription file and putting forward views and proposals regarding  five-year map (2022-2027) of ALECSO for the preparation of joint Arab files and their submission for inscription in UNESCO’s heritage lists.

Chairing the closing session of this event, H.E. Dr. Mohamed Ould Amar, Director-General of ALECSO, expressed his thanks and appreciation for the efforts exerted by the countries involved in preparing the file, indicating that ALECSO stands ready to support all efforts designed to enhance joint Arab cultural action.

For his part, Mr. Mohammed Saeed Al Kaabi, Director of Intangible Heritage at Abu Dhabi Department of Culture and Tourism, extended his thanks to all representatives of participating countries and to the cultural heritage experts for the considerable efforts they have made in the process of preparing the inscription file.

The representatives of the 16 Arab countries participating in the meetings were granted certificates of appreciation, in recognition of their efforts to preserve intangible cultural heritage in the Arab region and serve joint Arab cultural action.