Amid the current global emergency situation resulting from the COVID-19 outbreak, which caused school closures in at least 30 countries, impacting no less than 290.5 million children and youth around the world (according to the March 4, 2020 UNESCO’s report).
As the Arab World has not been immune to the adverse effects of the COVID-19 global crisis, with education being totally or partially disrupted in a number of countries, such as Saudi Arabia, UAE, Lebanon, Kuwait, and Bahrain,

Drawing on ALECSO’s pioneering experience in the Arab World in terms of e-learning, especially through the Arab OER Hub and the Massive Open Online Courses (MOOCs), and keen on developing Arab educational systems and ensuring the continuity of learning in countries going through emergency crises, an e-learning initiative in response to COVID-19 educational disruption will be launched based on the latest electronic educational content software, and in cooperation with Arab partner educational platforms. The initiative involves placing all curricula and teaching materials on these platforms, and raising awareness of their importance and efficiency through social media networks (Twitter, Facebook). There will also be an integrated scientific training program for teachers to familiarize them with modern learning/e-learning methods, and enable them to produce and disseminate courses and acquire synchronous online teaching skills.

The initiative is essentially designed to :

The Arab OER Hub is a unified platform for Arabic Open Educational Resources available online on the global OER platform www.oercommons.org. The Hub provides unified access to all OER contents developed in the Arab countries. It helps to promote, use, develop, share, and adapt open educational resources. It also offers vast opportunities for cooperation, sharing and exchange between Arab teachers and authors of educational contents with the aim of producing and sharing these resources and facilitating access to them by teachers and learners across the world.

The Arab OER Hub also provides users with several tools that enable them to add, host, and create digital contents and grant appropriate open licenses, and thus to make these contents available and accessible online as open educational resources. These tools include in particular : 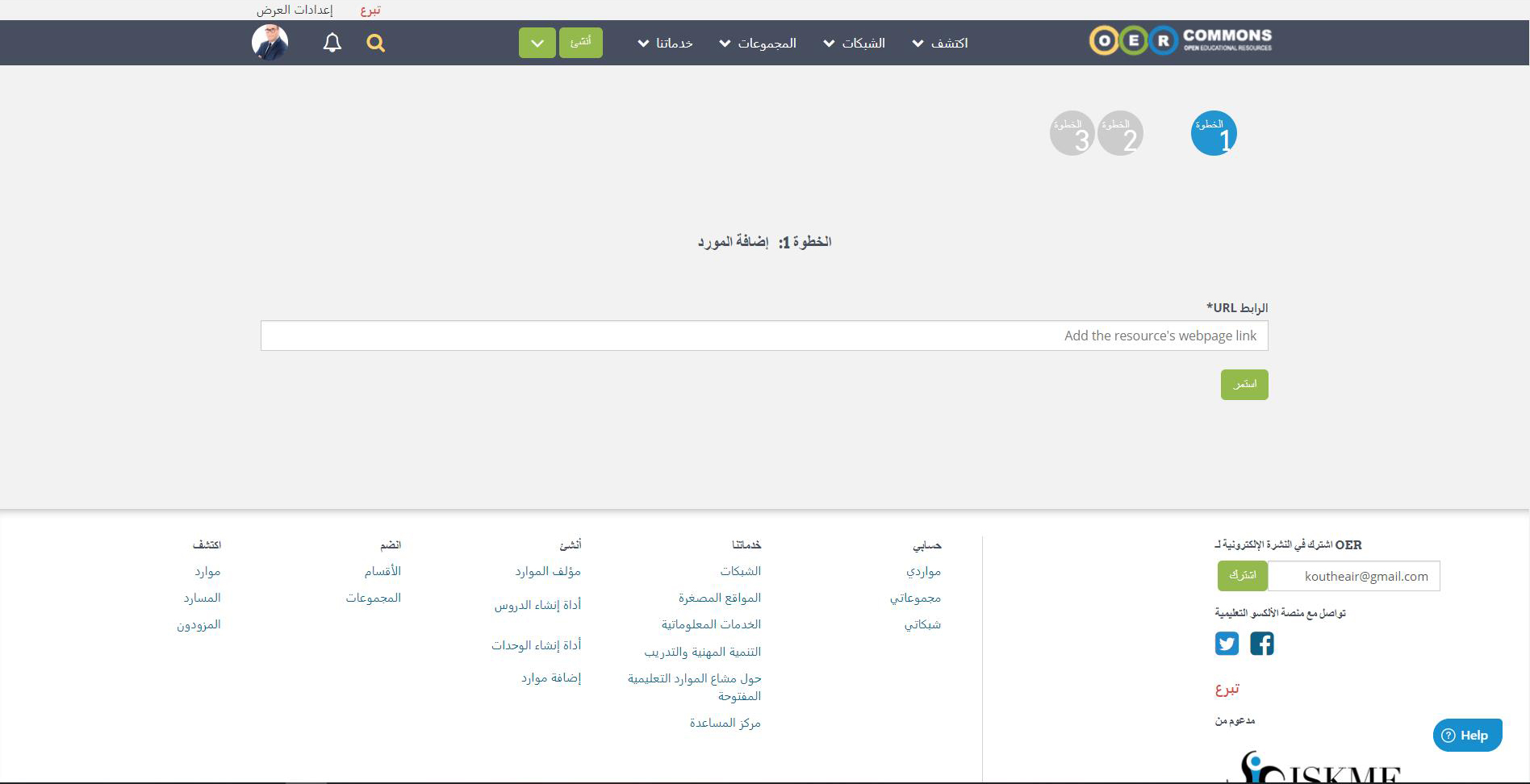 Send and add resources via the ARAB OER HUB 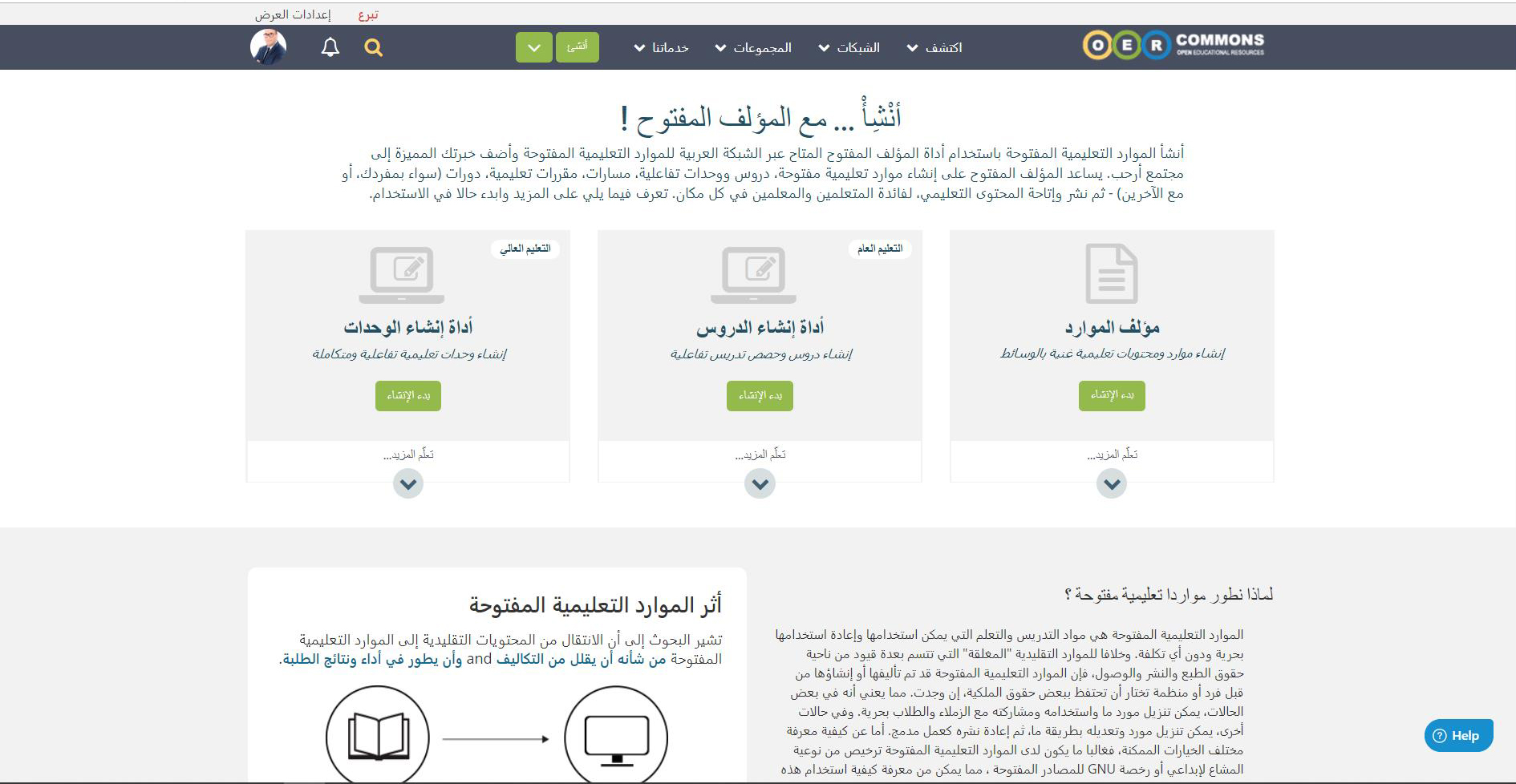 To feed the Hub with open educational resources, national coordinators have been appointed across Member States. This is, in fact, to ensure that quality and credibility standards are observed in the digital contents provided at the level of each country. The structure of the Arab OER Hub is based on groups that contain the contents created/added and typeset by source. Accordingly, twenty-two groups were created, representing ALECSO’s Member States. In each Member State, the national coordinator is in charge of managing his country’s group through the Hub, supervising and coordinating the work of OER authors, verifying their qualifications, and checking the quality of the content created and added.
Hereafter is a list of national coordinators :

“Rwaq” is an educational platform for MOOCs (Massive Open Online Courses) provided by ALECSO, in cooperation and partnership with “Rewaq Al-Maarifa (Rwaq)”. It offers MOOCs for learners and for all those interested in these courses in the Arab region and across the world.

MOOCs are among the most recent educational methods, and are part of a new generation of e-learning systems, increasingly in use all around the world. Through its central MOOC platform, ALECSO seeks to contribute to promoting open education and lifelong learning, and to support and localize e-learning across the Arab World.
ALECSO also works to :

Providing an Arab central platform for e-learning and developing a number of MOOC courses that attract the interest of thousands of Arab young people, will certainly contribute to the training and upgrading of Arab youth from all categories, and help them to face the problem of education or unemployment in times of crisis. This type of online learning can also support formal education and lifelong learning in the Arab World. This will help give rise to a new generation of learners and teachers capable of penetrating the world of modern technologies and remote working. These areas actually need cooperation, expertise and joint efforts to ensure quality outputs and thus achieve the set goals.

As part of its initiative to promote open education and e-learning during the Corona crisis, ALECSO offers training courses for teachers and students to help them use technology platforms and tools in their teaching and learning practices.

Certificates awarded by ALECSO at the end of the course
ALECSO is organizing a remote training course for Arab teachers on the Virtual Classroom System ClassIn on Monday 5 October 2020 at 09:00 GMT (12:00 Mecca time). ClassIn is an online classroom for synchronous learning (real-time audio and video communication) with a collaborative and interactive whiteboard and it provides the ability to create multimedia activities to give efficiency, motivation and flexibility in learning. Actually more than 300 million users are using ClaseIn in 150 countries.

The registration period for this course has expired

Rwaq (Arwiqat Al-Maarifa) is an information technology company that works on developing fully Arabic e-learning initiatives and projects, and seeks to promote online learning in the Arab World.
Rwaq has developed and implemented various digital education initiatives, such as

In 2015, ALECSO concluded a cooperation and partnership agreement with Rwaq, which enabled the Organization to use the Rwaq educational platform and take full advantage of the services of the Rwaq platform to host, manage and follow up on MOOC courses developed for all those interested across the Arab World.
ALECSO’s MOOC platform (Rwaq) can be accessed via the following website : http://www.rwaq.org/orgs/alecso.

Classera has ten years of experience providing e-learning solutions, starting in 2010 from the United States of America and then expanding to the Middle East and many other regions. Classera solutions are now spread in more than 15 countries where they have implemented hundreds of projects to serve thousands of schools and millions of users in the public and private sectors.
During this trip, Classera has received many international awards such as the BETT 2017 award, the GESS 2018 award and the Learning Awards 2018 award in London, among others, for our contribution to digital transformation projects in education. Classera has also led many community support initiatives such as: One Nation, the largest virtual school in the Middle East, a luminous initiative for blind students and Gateway to the Future, the national project for digital transformation in Saudi Arabia.

The most important Classera products:

All Classera systems apply the latest technologies such as Artificial Intelligence (AI), Social Learning and Gamification to support personal learning through more than 27 subsystems. 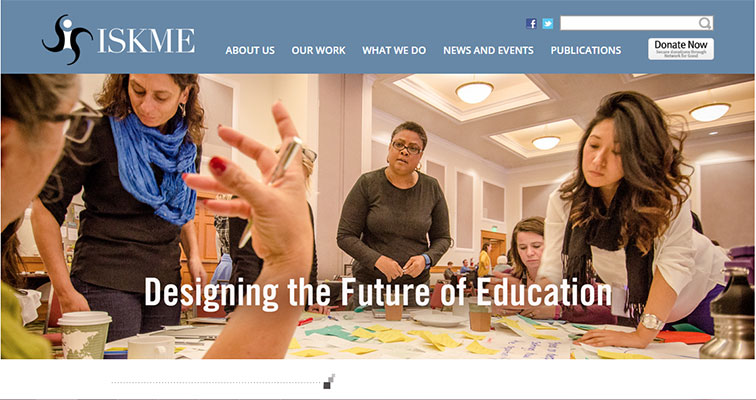 ’’ISKME’’ : Institute for the Study of Knowledge Management in Education is an independent, not-for-profit educational institution whose mission is to contribute to the development and improvement of teaching and learning practices, continuous learning and cooperation aimed at bringing about change in the education sector in the world. Founded in 2002, ISKME is conducting research in the social sciences and developing evidence-based innovations that improve knowledge sharing in education. ISKME is headquartered in Silicon Valley's Half Moon Bay, California. The Foundation has many pioneering open education initiatives that support teaching and learning practices around the world, perhaps the most prominent of which is the global platform for open educational resources OERCOMMONS. ISKME assists policymakers and educational institutions in designing, improving and evaluating educational policies, programs and practices.
The Arab Organization for Education, Culture and Science has a partnership and cooperation agreement with "ISKME" since 2017, which enabled ALCO to take advantage of the pioneering programs of this institution in the field of open education and open digital educational resources, especially the development and use of the ALECSO Arab OER Hub platform, housed in the global central platform for open educational resources www.oercommons.org supervised by this institution, which enables the Arab member states of the organization to produce and inhabit their open educational resources Digital Arabic via this platform and from There is a facilitation and facilitation of the process of indexing, researching, accessing and accessing these digital resources, and promoting, sharing and exchanging them on the Arab and international level.

The Commonwealth of Learning (COL)

’’COL’’ is an intergovernmental organisation of The Commonwealth headquartered in Metro Vancouver, British Columbia, Canada. Working collaboratively with governmental and nongovernmental organizations and other institutions in the Commonwealth, as well as with international development agencies, COL has the mandate to promote the use of open learning and distance education knowledge, resources and technologies.

ClassIn is an online classroom for synchronous learning (real-time audio and video communication) with a collaborative and interactive whiteboard. Particularly, it provides teachers the ability to create high multimedia activities, resulting in engaging learning experiences. Additionally, based on the use of big data and learning analytics, ClassIn generates automatic dashboards to help teachers monitor their classrooms easily. Besides, the ClassIn Cloud further allows loading a wide variety of document formats directly into the classroom, while the distributed network supports over two million simultaneous users, allowing a fast and stable learning experience.

ClassIn is partnered with over 7,000 partners worldwide, such as Udacity, Pearson, Peking University, University of Maryland, Microsoft and ByteDance (creator of TikTok), New Oriental and TAL Education Group. 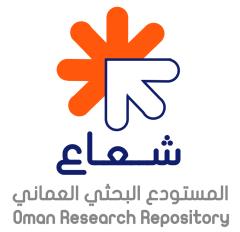 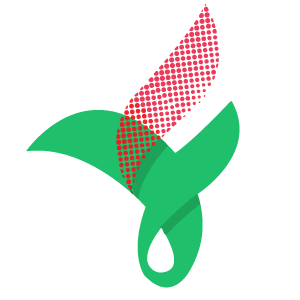 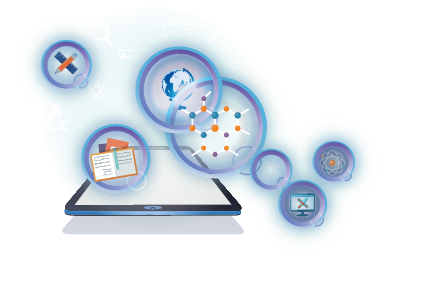 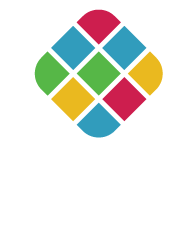 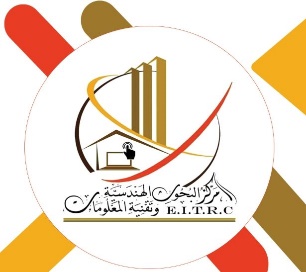