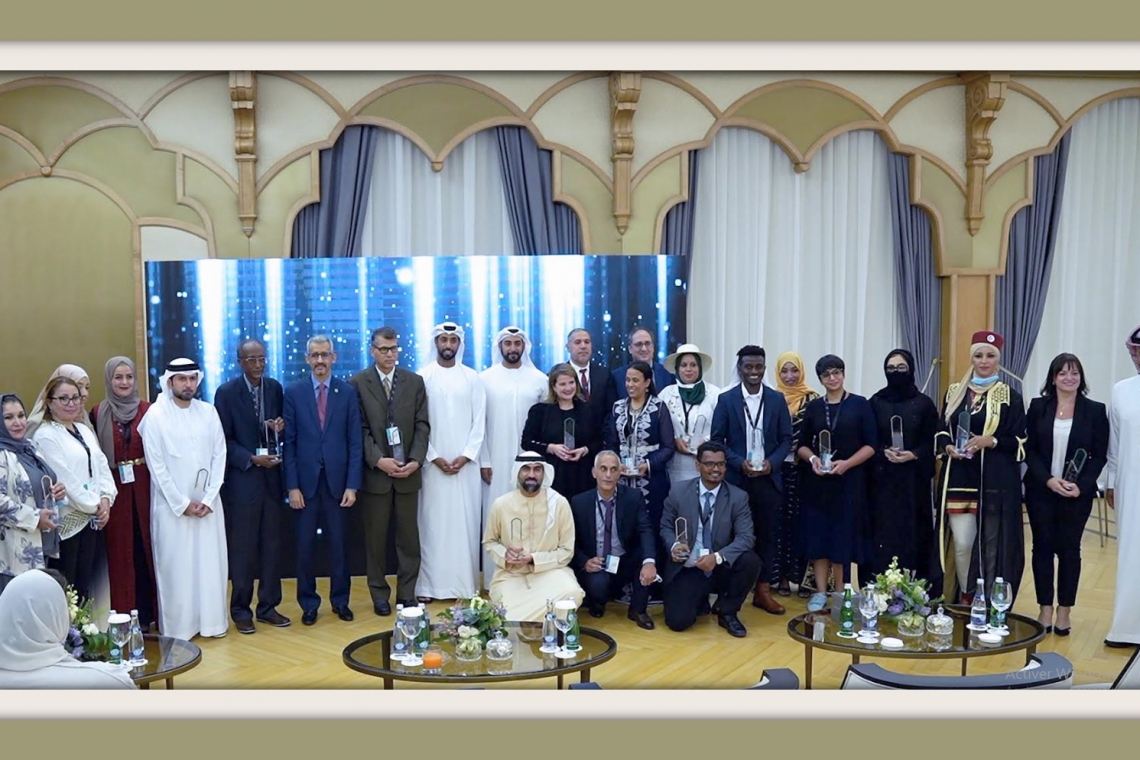 The closing ceremony of the “Cultural Guide” competition, which is part of the “ALECSO Ambassador Extraordinary for Arab Culture” program, was held on September 9, 2022 at Qasr Al Watan in Abu Dhabi, UAE,

In his opening statement, the Director General reiterated his thanks to the United Arab Emirates and to H.H. Sheikha Alyazia bint Nahyan Al Nahyan for the continuous and constructive support for the Organization. He highlighted the importance of the Cultural Guide program, which witnessed wide participation in many Arab countries and received a large media coverage since its launch in April 2022. He congratulated the winners of the “Cultural Guide” competition and expressed his appreciation of the significant cultural momentum they have created in Arab museums.

Participants in this program commended the great role that ALECSO played in coordinating between Arab States and the various partners involved, in supervising coordination meetings, training workshops, and competitions, and  in providing best conditions for their successful implementation. They expressed hope that this program would be pursued in the future, thereby offering a renewed opportunity to publicize the precious treasures contained in Arab museums, help cultural guides best perform their noble mission, highlight the role of cultural heritage in promoting human values, ​​and transforming museums into spaces for creativity and cultural production.